re: NY Times Weight Training May Help to Ease or Prevent Depression

About a week or so ago I saw one of my clients post an article from the New York Times on Facebook entitled Weight Training May Help to Ease or Prevent Depression. The topic of this article talked about how weight training can help with depression citing some scientific studies.  I don’t need science to point this out because I’ve seen it with several of my personal training clients and I’ve lived it as well.

A while back I was depressed from a failed marriage.  The marriage therapist that we had gone to offered to help me continue to which case I told him where to go and how to get there (I didn’t think much of him). Sometimes professional help is needed, but just like not all personal trainers are created equal, not all therapists are created equal either.

Besides, he failed me already.  Instead of seeking professional help I googled how to cope with divorce.

The very first thing it had said was “get in shape.”  Now I’ve been working in the fitness industry for about 15 years and was already in shape so I took it to the next level and started training to be a steel-bending strongman under the guidance of my first mentor.

Before that would happen, I had to sort out my head through what I like to call “Iron Therapy”. 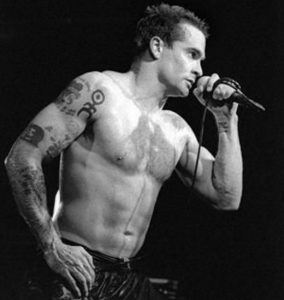 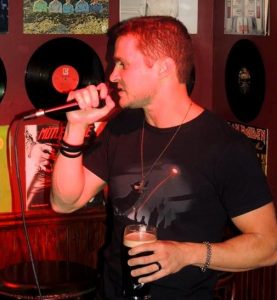 A well written and truthful article, I found myself agreeing with him and when that article by the New York Times came out and people started posting about it, I immediately thought of the Henry Rollins article and how it related to my own experiences.

Through the years, I have combined meditation, action, and the Iron into a single strength. I believe that when the body is strong, the mind thinks strong thoughts. Time spent away from the Iron makes my mind degenerate. I wallow in a thick depression. My body shuts down my mind.

The Iron is the best antidepressant I have ever found. There is no better way to fight weakness than with strength. Once the mind and body have been awakened to their true potential, it’s impossible to turn back.

Every pharmaceutical drug before it hits the market has to be split tested against a placebo.  The reasoning for this is because the power of the mind can influence the body to make it better.  The placebo effect is a very real effect and I often times say that because of this “psychology can influence physiology”.  You can in some cases literally think yourself well.  And as the legendary Mighty Atom used to say, “Think you are strong and you are strong.”

On the opposite side of the coin is that physiology can influence psychology.  You see when you train there are a ton of feel-good hormones and stuff that flood your body, it can almost be euphoric which is part of the reason people feel addicted to training.  That and progress can be addicting as well.  Lifting a weight with ease that previously felt impossible gives you a confidence that you can’t really get anywhere else.

And isn’t feeling good what we really want in the end?

Posted in learning and living, training philosophy | Comments Off on re: NY Times Weight Training May Help to Ease or Prevent Depression

« Getting Results, Nutrition and Advice from Bobby Flay Fit
What we want to achieve vs. what we do to achieve it. »